In celebration of Berlin Fashion Week and the relaunch of EVE W/O ADAM’s digital face we have collaborated with WALD Berlin to present a party. The event was themed #LASAGRADAFAMILIA at the sight of bringing together our dearest ones at the open air location of IPSE in Berlin’s district of Kreuzberg.

On behalf of the musical entertainment a number of DJanes played – amongst them JAMZ Supernova and JETSSS from London, Haruka from New York City, South African DJ Doowap and EVE W/O ADAM’s resident and eVerette DREEA. The ongoings of the party were digitally captured by photographer Hendrik Altmeyer. 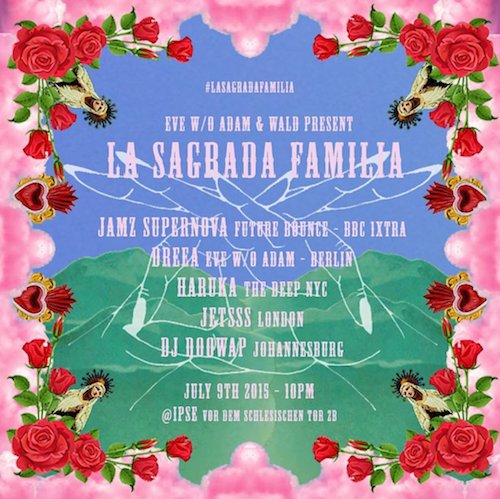 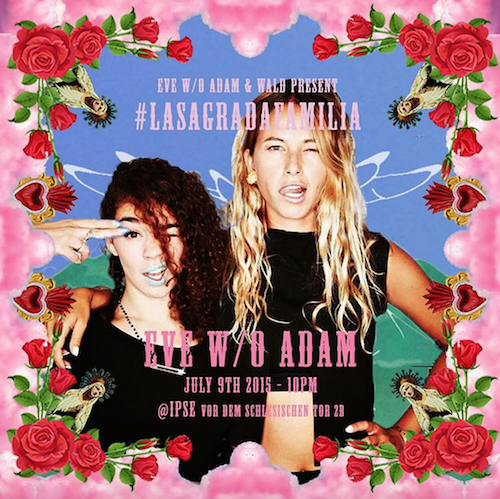 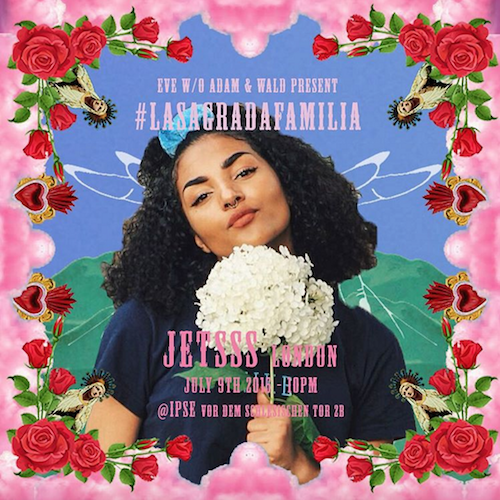 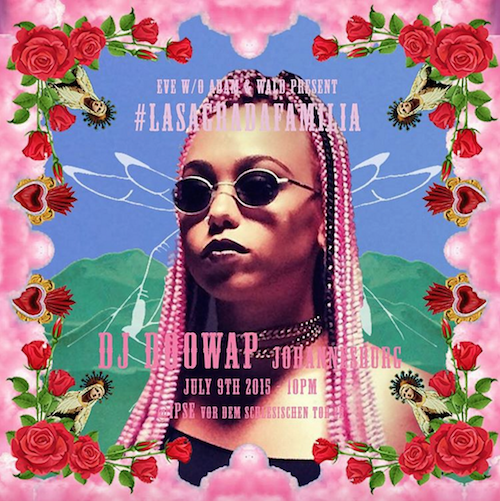 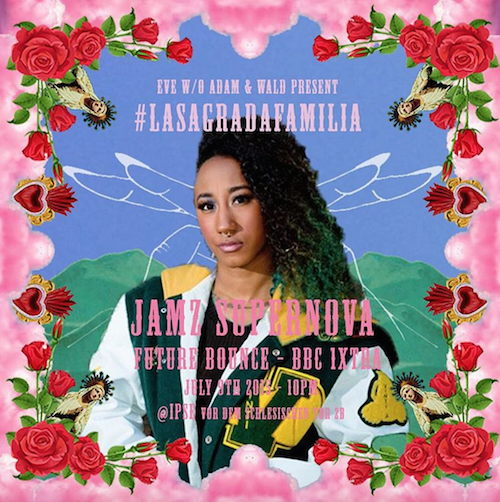 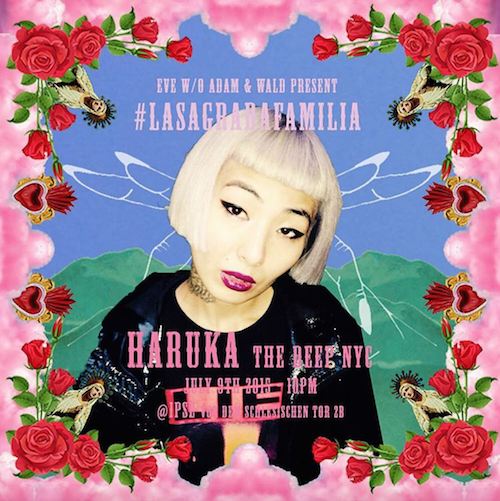 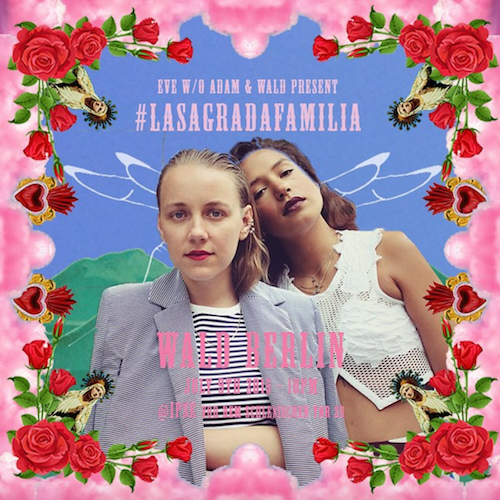 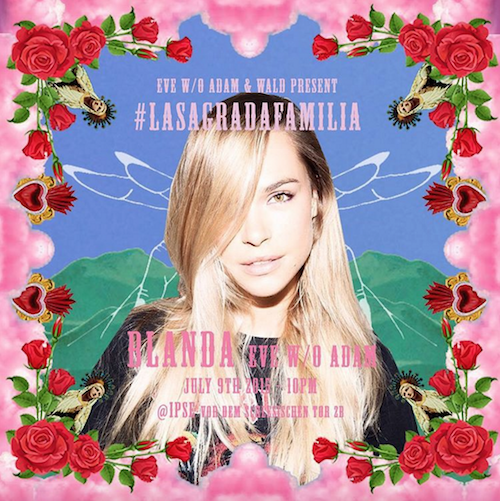 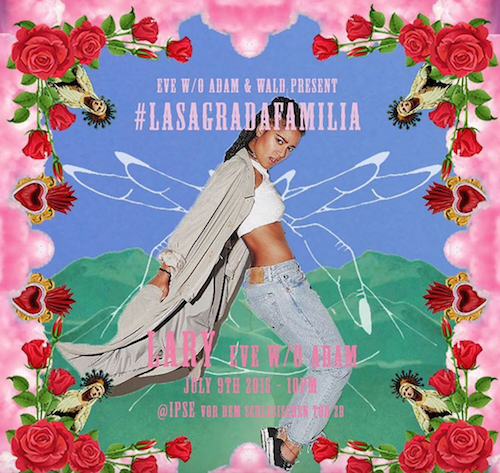